The Israeli Air Force will begin practicing for a strike on Iran’s nuclear program beginning next year, having set aside funding and updated its training schedule for the mission, The Times of Israel has learned.

In light of growing uncertainty regarding a return by Iran to the 2015 nuclear deal, known as the Joint Comprehensive Plan of Action, amid long-stalled negotiations with the United States, the Israel Defense Forces in recent months has ramped up its efforts to prepare a credible military threat against Tehran’s nuclear facilities.

Following the signing of the JCPOA in 2015, Israel put the issue of a military strike on the Iranian nuclear program on the back burner, allowing the IDF to invest its resources into other areas. But following the US abrogation of the nuclear deal in 2018 and Iran’s subsequent violations of the agreement since then — which picked up considerably ahead of and during the stalled talks — the matter has taken on renewed importance to Israel, which sees an Iranian nuclear bomb as a near existential threat.

In the beginning of this year, IDF Chief of Staff Aviv Kohavi announced he had instructed the military to begin drawing up fresh attack plans, and last week the government reportedly allocated billions of shekels toward making those plans viable.

In his speech to the United Nations General Assembly last month, Prime Minister Naftali Bennett declared that “Iran’s nuclear program has hit a watershed moment, and so has our tolerance. Words do not stop centrifuges from spinning… We will not allow Iran to acquire a nuclear weapon.”

The Times of Israel has learned that some aspects of the IAF’s strike plan, which is still in the “draft” stage, could be ready within a short period of time, while others would take more than a year to be fully actionable. 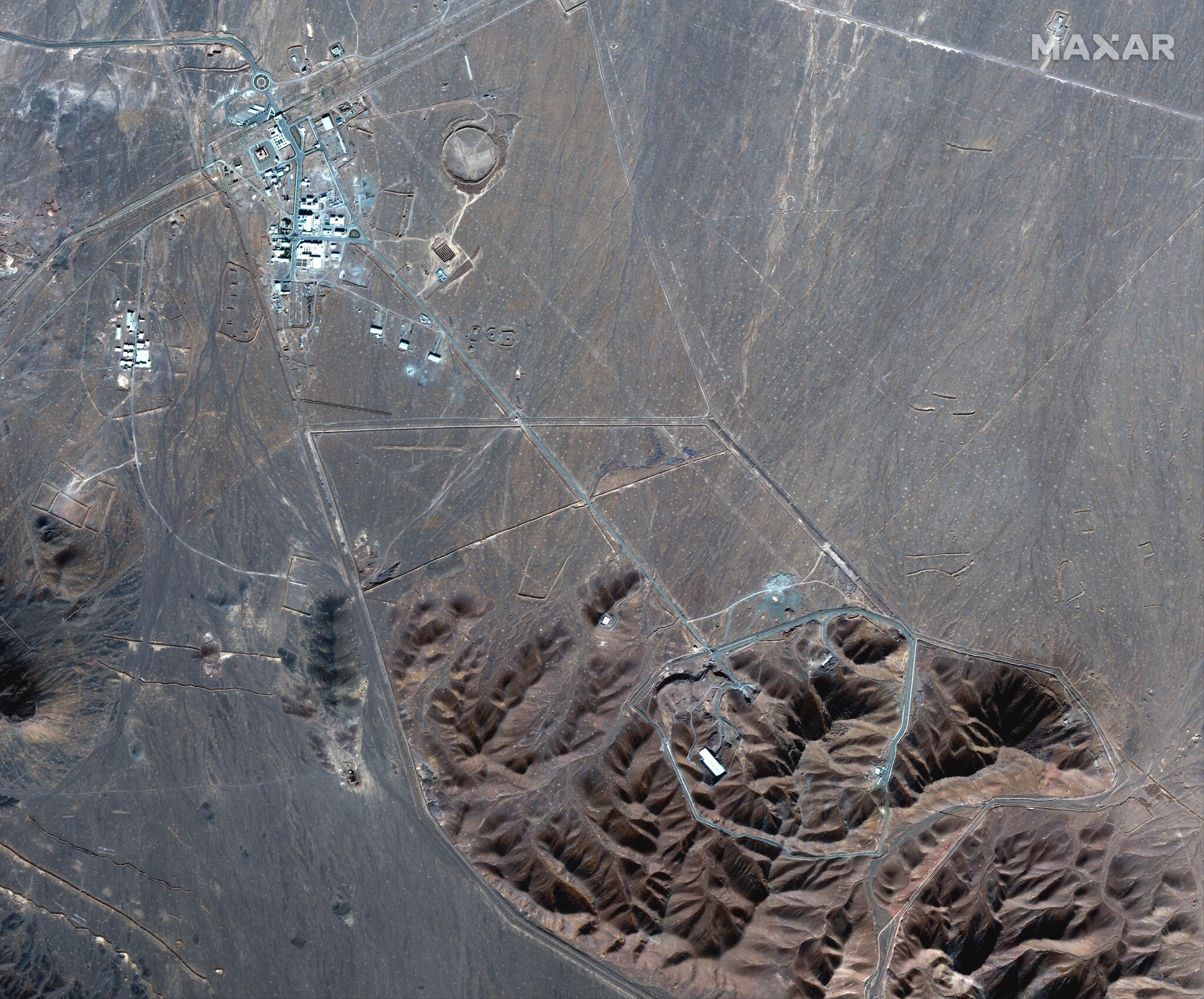 Preparing for such a strike has become a top priority for the Israeli Air Force and making the necessary preparations has required changes to its training schedule.

In addition to having to find ways to strike Iranian facilities that are buried deep underground, requiring specialized munitions and tactics, the Israeli Air Force will have to deal with increasingly sophisticated Iranian air defenses in order to conduct such a strike. The air force will also have to prepare for an expected retaliation against Israel by Iran and its allies throughout the region.

While preparing for a possible strike on Iran, the IAF has continued to conduct airstrikes in Syria against Iran and its proxies there, an effort known in the military as the “campaign between campaigns,” often referred to by its Hebrew acronym Mabam. Most recently, Israel reportedly attacked three sites on Monday morning that were linked to Hezbollah’s efforts to establish a permanent base of operation on the Syrian Golan, close to the Israeli border.

Israel has conducted hundreds of airstrikes on Iranian-linked targets in Syria over the years, but in recent months carrying out such operations has gotten more complicated, the IAF believes, as Syria has improved its air defense capabilities, responding more quickly than in the past to Israeli strikes.

While Israel has not lost a fighter jet to these countermeasures since 2018, when an F-16 was shot down by a Syrian S-200 missile, these remain a threat to both the Israeli aircraft conducting the strike and to people on the ground, as could be seen by the shrapnel that rained down on Tel Aviv from a failed interception attempt by Syria last month.

Also making these operations more difficult, Iran has recently begun deploying its domestically produced advanced air defense systems in Syria to protect its forces in the country from IDF strikes, The Times of Israel has learned.

Though these anti-aircraft systems have failed to hit the Israeli jets — the Israel Defense Forces on Monday said they had yet to actually be fired at Israeli aircraft — the Israeli Air Force sees them as a new and serious threat to its campaign against Iranian entrenchment in Syria. They have proven difficult to counter as the various components of the air defense batteries — the radars, missile launchers and command centers — can be spread out across large geographic areas, making it nearly impossible to destroy them entirely in one counterattack. 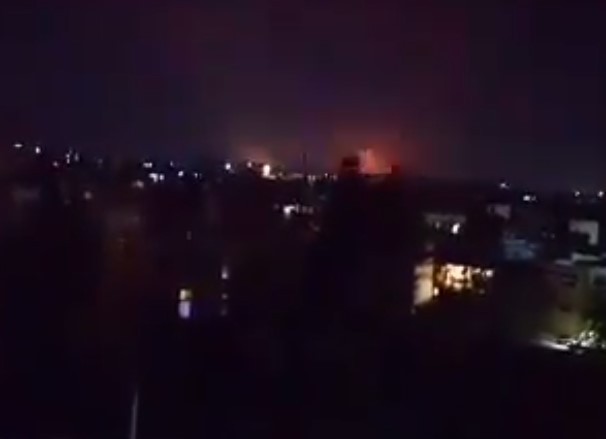 In light of these improved Syrian and newly employed Iranian defensive capabilities, the IAF in recent months has updated its methods, using larger formations with more aircraft to conduct strikes on more targets at one time, instead of carrying out more strikes using smaller formations, The Times of Israel has learned.

With two months to go in 2021, the IAF believes it is on track to conduct as many strikes in Syria this year as last. (Last December, the military said it had struck some 50 targets in Syria during 2020.)

Despite rumblings from Russian officials in recent weeks over alleged Israeli strikes in Syria, the IAF does not believe that Moscow has changed its policies on the matter or plans to interfere with Israeli efforts against Iran’s presence in Syria. Russian dictator Vladimir Putin agreed to maintain Moscow’s tacit acceptance of these strikes during his meeting with Prime Minister Naftali Bennett in Sochi, according to Israeli officials.

You get Israel news… but do you GET it? Here’s your chance to understand not only the big picture that we cover on these pages, but also the critical, juicy details of life in Israel.

In Streetwise Hebrew for the Times of Israel Community, each month we’ll learn several colloquial Hebrew phrases around a common theme. These are bite-size audio Hebrew classes that we think you’ll really enjoy.

Already a member? Sign in to stop seeing this

You’re serious. We appreciate that!

We’re really pleased that you’ve read X Times of Israel articles in the past month.

That’s why we come to work every day – to provide discerning readers like you with must-read coverage of Israel and the Jewish world.

So now we have a request. Unlike other news outlets, we haven’t put up a paywall. But as the journalism we do is costly, we invite readers for whom The Times of Israel has become important to help support our work by joining The Times of Israel Community.

For as little as $6 a month you can help support our quality journalism while enjoying The Times of Israel AD-FREE, as well as accessing exclusive content available only to Times of Israel Community members.

Already a member? Sign in to stop seeing this

Romania is battling its worst Covid-19 wave yet. Wide suspicion over vaccines isn’t

Evacuations in British Columbia Continue After Flooding and Mudslides

‘No going back’: Migrants tell of being trapped on Belarus-Poland border

Ship with hundreds of Afghan migrants docks at Greek port