WTI Crude Oil and natural gas have substantially increased in price in the past year, which has helped fuel inflation globally as the costs for transportation, heating and industry hit consumers.

The price of WTI Crude Oil as of this writing is nearly $80 and showing an ability to sustain this value over the short term.  This price is substantially higher compared to the costs for a barrel of the commodity seen last year at about $37.00. Over the last week of trading WTI Crude Oil has shown strong price velocity as buyers have seemingly rushed into to make sure they have guaranteed supply and speculative elements have been active.

The price of natural gas has also risen over the past year moving from $3.05 to approximately $5.52 today.  The jump in natural gas has certainly been spurred on by increased demand, like its counterpart crude oil. However both commodities also have mounting costs due to rather questionable energy policy which has emerged from the US under the present White House Administration. It cannot be denied that WTI crude oil and natural gas have gained substantially in the past year.

The effect of the rising prices in energy has a direct impact on inflation globally.  Governments are combating the growing threat of inflation while also trying to boost their economies due to the ongoing saga of coronavirus and its toll on economies. Central banks have been looked to by governments to help create economic stimulus by keeping interest rates low. Higher prices for food and consumer goods can be linked fundamentally to the rising costs of energy which effects transportation and manufacturing costs.

The near-zero interest rate policy that is being practiced by many major central banks is now being confronted by mounting inflation, making monetary policy decisions regarding inflation difficult. The fact too that the US administration is talking about increased corporate taxes to help pay for its massive stimulus spending is and will continue to be passed on to consumers by companies which seek to keep their profit margins healthy. 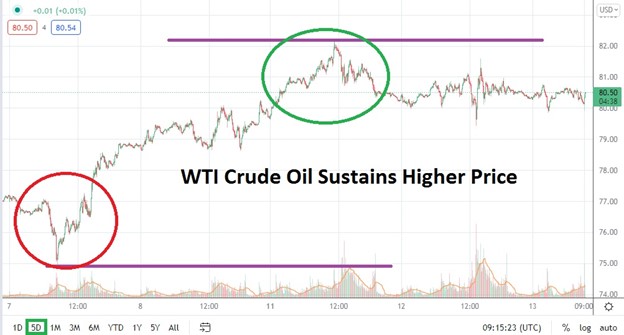 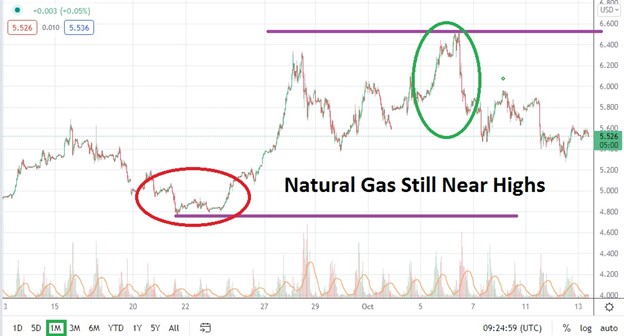 The Federal Reserve continues to threaten higher interest rate policies, but with actual rates near the 0.25% mark this is barely enough to have any real effect. It is still relatively cheap to borrow money. If the Federal Reserve were to increase its interest rate to 2% or 3% this may be commendable, but it is unlikely to happen because it would curtail the U.S economy and hurt the U.S stock market, and the higher price of energy which is causing inflation is certainly not helping. The effect of more expensive money could in theory curtail inflation, but it would also hurt growth. However, even as governments pour cheap money into the system now, growth has been rather hard to attain.

Without the massive amount of US stimulus there is data which shows that the growth rate would be recessionary and likely negative. The US government is allowing companies and citizens to function on cheap money to help fuel the economy and this is creating a cycle of debt which may prove hard to pay off in the future.

The potential for inflation to continue running higher if energy costs mount is substantial.  While supply chain is certainly a problem due to the impact of coronavirus on the workforce and its impact on production and logistics, the additional shadow of higher energy costs due to bad government policies is telling. 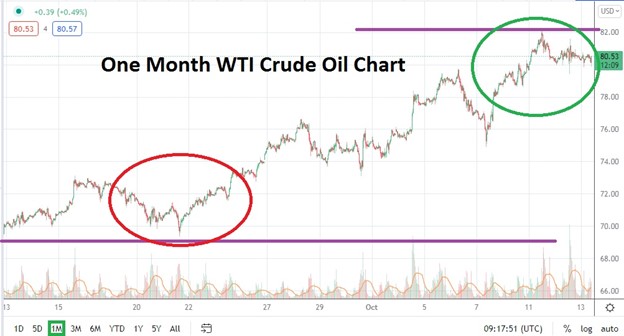 Higher energy costs are not going to go away soon unless there is a major drop in demand, and this is not going to happen without a global recession. Nobody wants this to happen. The specter of WTI Crude Oil at $100 might have seemed laughable last year, but it is now making some analysts legitimately worried.

It seems likely that the price of WTI Crude Oil will remain high and continue to rise even higher over the near to medium-term, perhaps even as high as $100 per barrel.