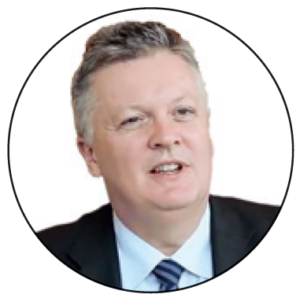 Technological innovation is an important driver of productivity growth. Harnessing its potential lies at the heart of raising living standards. Nowhere does this apply more forcefully than in the financial sector.

Yet experience with financial innovation is mixed. Employing information technology within the financial system has supported reductions in transaction costs, improvements in capital allocation and upgrades in risk management. But that technology has also magnified the adverse consequences of mistakes and miscalculations. Mortgage securitisation that relied on overly optimistic statistical models of the US housing market—models that denied the possibility of a nationwide decline in house prices—is a case in point. The lasting macroeconomic costs of the ensuing financial crisis far outweigh the benefits offered by easier access to mortgage financing.

Capturing the (largely micro) benefits of financial innovation while containing their (largely macro) risks should guide public policy towards the financial sector. Managing this trade-off constitutes the decision framework for central bank and financial regulators, which, in turn, shapes the future environment, structure and prospects of banks and markets.

As reflected in a number of recent articles on these pages and elsewhere, the application of this trade-off to the retail-payments system has received renewed attention of late. Digital payments have become commonplace over recent years, with fintech (financial technology) innovation in this market segment continuing apace. Novel technologies, including but not exclusively applications of distributed ledgers (blockchains), have the potential to improve access, reduce cost, increase speed and strengthen the resilience of retail-payments systems. Why the current increase in activity and attention?

A maligned view sees recent innovation as an attempt to evade regulation, such as that embedded in anti-money-laundering or terrorist-financing legislation. A case in this direction can certainly be made. Recent high-profile ransomware cyber-attacks have sought payments using crypto-assets such as bitcoin, while anecdotal reports of the use of crypto-assets for illicit activities are widespread. Either the underlying legislation is misplaced, or (much more plausibly) there is a strong case for more aggressive implementation of the underlying legislation in the digital sphere. Regulation needs to keep pace with technological change—if necessary, by outlawing some of the new platforms but preferably by adapting to the new environment. Ensuring that the benefits of digital technology can be reaped without undermining important payments regulations requires much more invasive supervision of emerging systems—and may offer one rationale for a publicly provided digital currency embodying credible checks against illicit use.

Viewed through this lens, many of the policy challenges raised by digital currencies prove less novel. In particular, we know that the anonymity offered by transacting in banknotes has led to their use in black markets, tax evasion and criminal activity; with regard to illicit transactions, they acted as the bitcoin of the pre-digital age. Central banks have acted to curtail such activity in the past; for example, in line with the recommendations of former IMF (International Monetary Fund) chief economist and Harvard professor Kenneth Rogoff, the ECB (European Central Bank) has announced the phasing out of its large denomination EUR 500 banknote on the grounds that it is especially suited to furnishing illicit transactions. Central banks, therefore, both recognise the risk that payments innovations may serve to undermine necessary regulation and have proved willing to act to contain those risks. I would anticipate that this approach will apply equally in the digital sphere.

A more benign interpretation of recent developments views digital innovation in retail payments as a reflection of technical advances in a market segment that was otherwise moribund and inefficient. Facilitating transactions entails having access to safe, capital-certain, secure, stable, simple and transferable assets—these are the characteristics required for such assets to be widely accepted as means of payment. The traditional view has been that preserving these characteristics requires an institutional regime with a high level of regulation that, in turn, is associated with high barriers to entry. But behind these barriers, incumbent providers of payments services—though safe—can stagnate. After all, the greatest of all monopoly profits is an easy life.

As has been the case in many other sectors across the economy, technological advances allow new and innovative entrants to contest moribund markets, creating scope for both greater efficiency and more competition. Life for incumbents is no longer so easy. For sure, technology-induced contestability in the market for payments will challenge the existing regulatory framework as well as the complacency of incumbents. But, as in other settings, it is precisely this disruptive process that drives change and ultimately improves performance. The onus is on regulators to keep pace.

How well do recent innovations match up to this benign ideal? So-called cryptocurrencies such as bitcoin fall well short. Cryptocurrencies fail to meet the criteria needed to serve as a means of payment: the speculative gyrations of bitcoin’s US dollar price hardly offer the stable purchasing power required. Such instruments are better understood as crypto-assets (or even crypto-commodities) than a currency or form of money. They are a vehicle for speculation rather than for transactions. As a large asset manager recently argued: Even if the intrinsic value of a crypto-asset is zero, it may nevertheless prove promising to trade.1

Much as a Millennial soccer enthusiast may prefer to play FIFA 2021 on his or her gaming console rather than kick a football around in the park, a Millennial speculator may prefer to trade a crypto-asset rather than a more tangible asset or commodity firmly grounded in the real economy (such as oil or gold). In this context, the key question is whether retail investors should be permitted to engage in such a volatile, speculative market, given their understanding of the potential risks involved. Existing securities laws and financial conduct rules provide a basis for governing such questions. The challenge is to apply these rules in a novel and evolving space rather than the underlying design of the rules themselves.

So-called stablecoins present other challenges. By contrast with crypto-assets such as bitcoin, stablecoins (as their name suggests) seek to maintain a predictable value in terms of existing currency. They do not seek to offer a new unit of account but rather to employ digital technology to offer a better means of payment for an existing unit of account (such as the dollar or euro). Convertibility of the stablecoin into central bank currency at par then becomes central to its credibility and effectiveness. As several central banks have recently highlighted,2 doubts about such convertibility will undermine the reliable value of the stablecoin and are thus likely to threaten financial stability and the integrity of the payments system by prompting runs from the stablecoin into central bank money.

In all these respects, stablecoins are similar to bank deposits. Much like stablecoins, retail bank deposits constitute a supposedly physically more secure and efficient instrument for making payments than exchanging wads of banknotes. But deposits must be readily convertible into banknotes at par if they are to have the secure and predictable value required to act as a medium of exchange. Over time, a panoply of interconnected instruments have evolved that define a complex web of obligations and responsibilities among central banks, governments, financial regulators and deposit-taking banks that seek to ensure such convertibility: lender-of-last-resort facilities, bank supervision, deposit-guarantee schemes, capital and liquidity requirements, and so on.

If it looks like a duck, walks like a duck and quacks like a duck, perhaps it really is a duck. Since, in many respects, stablecoins are essentially equivalent to bank deposits, the preservation of a level playing field among competing payments technologies would imply regulating the providers of stablecoins in broadly the same way as banks. There may be a case for a lighter regulatory regime to encourage new entry and support innovation; once stablecoin providers have achieved a certain level of maturity and scale, the machinery of bank regulation should then be applied. This is consistent with a “principle-based” approach to financial regulation—focused…

Fed, Climate Change Collide in Tussle Over Who Becomes Chair