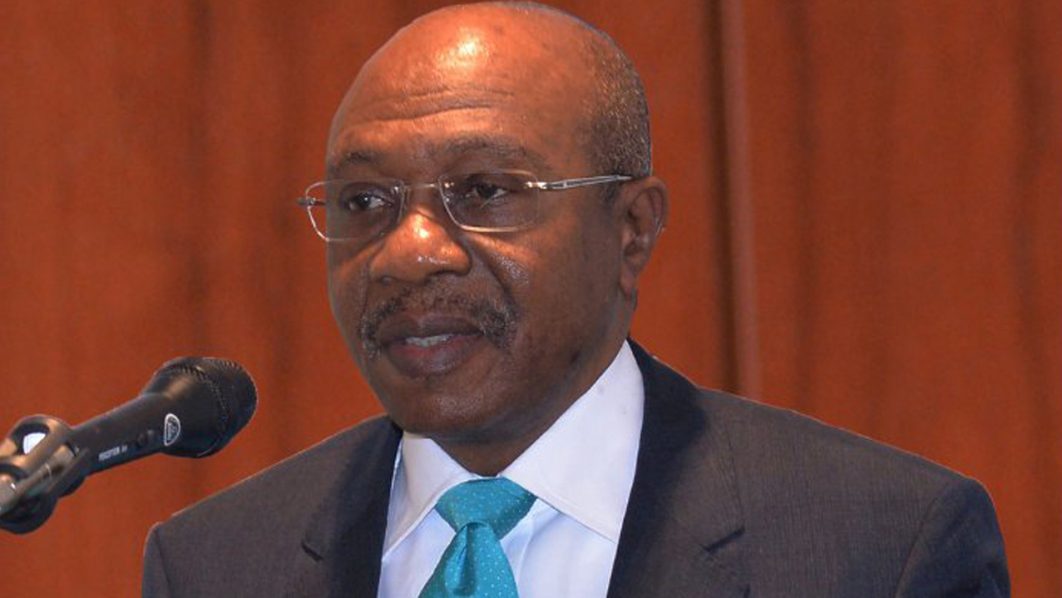 Twenty four hours after the Central Bank of Nigeria (CBN) came down hard on Bureau De Change (BDC) operators for allegedly facilitating money laundering and other forex infractions, the naira fell significantly against the U.S. dollar at the parallel market, yesterday.

The naira crashed by about five per cent, as the weakening of the BDC operations weighed heavily on the market, raising concern about the near-term outlook of the local currency.

Earlier yesterday, naira traded at about N510/$ in Lagos, but fell to around N525/$ as of press time. In Abuja, The Guardian learnt the currency traded at N530/$, inching towards N550/$. Before the new decision, the naira was stable at about N503/$.

The CBN had, on Tuesday, announced stoppage of sale of foreign exchange (FX) to BDC operators, whom the Governor, Godwin Emefiele, accused of anti-market activities and serving as “money laundering agents.”

The CBN had been supplying each licensed BDC $20,000 per week at the rate of N393 with the instruction that they should sell with a margin of N2 but some of them sell as high as N505, making over N100 on every dollar sold.

The Guardian was reliably informed that the traders, who are still shocked about the decision, are reaching out to the Central Bank for a truce, even as a top trader said there was hope the CBN would revise the decision.

A top executive of the Association of Bureau de Change of Nigeria (ABCON), who said he was not allowed to make a public statement on the issue, said leaders of the body have continued the meeting that started on Tuesday and would make its position known at the close of the deliberation. The source, who described the announcement as an “administration fiat”, said it was not true to dismiss BDCs as irrelevant to the economy.

“We are waiting to see how effective this will be. We are also trying to speak with them. Honestly, we don’t have a position until after the meeting. If the dollar depreciates by about six per cent in 24 hours, we should be worried,” the source said.

While some FX traders are hopeful of a reversal, a source in the apex bank described the decision as a matter of ‘finality’.

The source stressed that the CBN’s decision was taken after a thorough assessment of the market and the age-long challenge of instituting stability.

Some economists have, however, disagreed on how the decision would grow the market and restore stability in the FX market. There were divergent views on how the freezing of the segment advances the exchange rate convergence plan of the apex bank.

Victor Ogiemwonyi, a retired investment banker, described the decision as “in the right direction.” He argued that a revert to banks would birth a “dominant rate” while the speculators will wane out in the long run as the real users of FX emerge.

“This is a move towards convergence. What is clear is that at some point, we should have a single rate. It is when we have a single rate that we can manage it. If there are multiple rates, we will end up managing the wrong end of it. BDCs were useful at some point but they have outlived their usefulness. There are infrastructures and bank branches now,” he said.

The ex-banker, who admitted the dollar could hit N600 soon, said weeding out BDCs was “the strong medicine” the FX needs to regain its stability. He also admitted that the decision was abrupt but reasoned that the apex bank could have considered certain peculiarities.

But the Vice Chairman of Highcap Securities Limited, David Adonri, disagreed, saying the move would take the market further away from the planned convergence and increase inefficiency of allocation.

Adonri noted: “The adoption of investors’ and exporters’ (I&E) as the default official rate was a move towards rate convergence. But the action against BDCs and the recourse to banks is a move away from the convergence plan. We are reverting to the administrative allocation of the dollar, and that would not support efficiency.”

The financial expert advised the government to create an FX market where the CBN and other government machinery can buy and sell FX. He described the current CBN’s intervention at I&E window, otherwise known as the Nigerian Autonomous Foreign Exchange (NAFEX), as one-legged, explaining that the regulator only sells but does not buy.

“The window would be more efficient if the government and its agencies sell, through brokers, when they have a surplus and buy when they need FX liquidity,” he stressed, adding that the BDC window is the closest to the desired market-driven window.

This was also re-echoed by a former CBN Deputy Governor, Dr. Obadiah Mailafia, at a media roundtable organised by Punch newspaper, when he said commercial banks in the country cannot be trusted with forex sales, adding that they will “corner” the dollars and only release whatever that is left after satisfying their interests.

“If we are not careful, that decision will actually worsen the naira value because the BDCs, you could walk into any of them anywhere and within five minutes, they will attend to you but the banks, you have to drive to your nearest bank and queue most of the time before you are attended to.

“The CBN has not told us the rate, the banks will want to make a profit over the official rate, we don’t know whether they will make a decent profit or they will profiteer. Bankers were the biggest experts in round-tripping. So, we may end up in a scenario where there is scarcity and the simple economics of demand and supply tells you that where there is increase scarcity, price is likely to shoot up.

“If bank bureaucracy makes it difficult for people to access dollar, what it means is that the bureaucracies, obstacles and bottlenecks are likely to put pressure on supply and pressure on supply may mean an increase in demand for the dollar and greater fall of the naira, if we don’t play the cards well,” he said.

Godwin Owoh, a professor of applied economics, who, in an earlier interview with The Guardian, said naira would hit N600/$ in August, likened the stoppage of FX to BDCs, to administering malaria drug on a far serious ailment. He said the CBN was treating the symptom of the faulty FX management process.

Owoh admitted that over 80 per cent of BDCs are owned by politically exposed persons but warned that weakening them was a populist decision that would do the market no good. He said the medium to long-term effects of the decision would be disastrous for the economy.

“The major cause of the crisis in the FX market is the uncontrolled ways and means (W&M) financing. Until we deal with this challenge, any other action is a waste of time and resources. We should begin to talk about serious issues like currency census. The move against BDCs is not the way to go,” Owoh said.

This is not the first time the Central Bank would stop the sale of FX to BDCs. In January 2016, it took a similar decision when a dollar was trading for about N270.

“The bank would henceforth discontinue its sales of foreign exchange to BDCs. Operators in this segment of the market would now need to source their foreign exchange from autonomous sources. They must, however, note that the CBN would deploy more resources to monitoring these sources to ensure that no operator is in violation of our anti-money laundering laws,” the CBN said in a 2016 circular. Before the start of 2017, the naira had lost about half of its value at the black market.

Market analysts have called for better management of the FX supply to forestall the event of 2016. There is also fear the parallel market operators could embark on arm-twisting tactics in the coming days if the CBN holds on to its gun.

While the majority said the BDCs have outlived their relevance, rescuing the market from them without a major distortion has been a puzzle. Dealing with the political undertone is another. Now that the Central bank has braved the odds, analysts say it will need to do more to stand firm against the antics in the weeks ahead.

Prof. Uche Uwaleke of the Nasarawa State University said: “The decision by the CBN to stop forex sales to BDCs has merits and demerits but I think it is in the best interest of the Nigerian economy. On the positive side, it is consistent with the move by the CBN to unify exchange rates and bring more transparency to the forex market.

Solana Trades Sideways: Brace for a Breakout Trade at $166

Yen Stays Firm on Risk Aversion in Asia, But Dollar Holding on to Support

What To Consider When Opening an Auto Trade Forex Account – CryptoMode

Solana Trades Sideways: Brace for a Breakout Trade at $166