You can buy the classics – the classic laggards, like ViacomCBS (VIAC) , Discovery (DISCA) and Amazon (AMZN) .

And as Charles Price of Citigroup (C) once said, you can rock on for now while the music is still playing.

But be prepared for the market’s inevitable sour note. 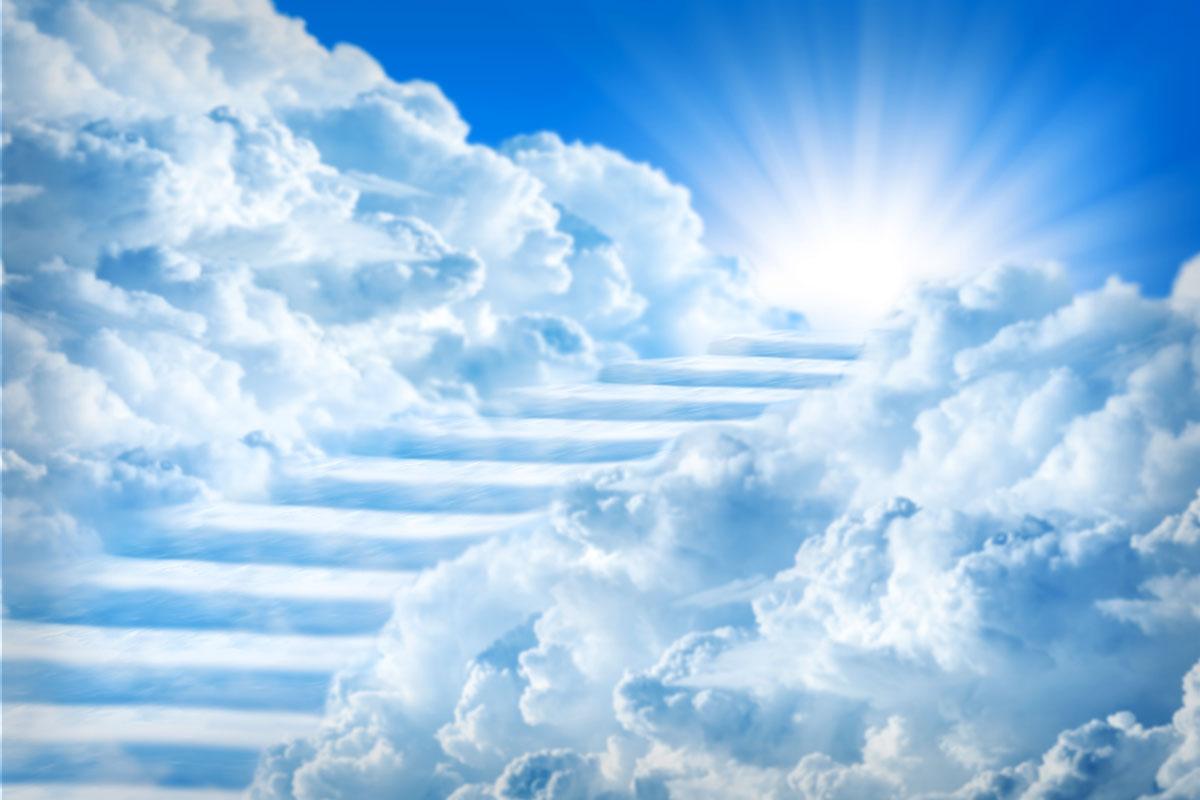 Composed by Led Zeppelin’s guitarist Jimmy Page and vocalist Robert Plant, “Stairway to Heaven” is generally regarded as the most popular rock song of all time.

Jimmy Page wanted to put something special together – and started the song with a fragile and exposed guitar. He wanted the song to unfold with intensity at every musical level. The song continues to open up as the passages are played.

Robert Plant contributed the lyrics and John Bonham was terribly effective as he comes in on the drums down the line into the eventual acceleration as the song gained momentum.

The transition into the solo is introduced by fanfare and volume. Finally, “Stairway” leads into a racing and passionate finale.

The song is separated in there sections – with each one progressively increasing in tempo and volume. Beginning with a slow tempo of acoustic instruments (guitar and recorders) it then introduces electric instruments. Its final stanza is an up tempo hard rock arrangement highlighted by Page’s guitar solo (considered to be the best rock rift ever) which is accompanied by Plant’s vocals that end with the plaintive a cappella line:

“And she’s buying a stairway to heaven”

The best Stairway rendition I have ever heard was this stirring tribute to Led Zeppelin by Ann and Nancy Wilson of Heart, along with Jason Bonham, as a tribute for Led Zeppelin in 2012 at the Kennedy Center Awards.

Here Jimmy Page talks about Led Zeppelin as he addresses the Oxford Union.

Like the song, the market’s momentum has accelerated recently.

That said, in my piece, “There is Never Just One Cockroach“, I highlighted the market headwinds I see:

* Coincident with above expected growth and arguably fiscal and monetary excesses are higher interest rates and inflation.

* I am fearful that, as we lap, the excessive fiscal and monetary stimulation — the U.S. economy will revert back to subpar growth.

* Recent, current and prospective stimulative fiscal and monetary policies will likely create a relatively short lived (economic) sugar high – but little in the way of sustained gains in productivity or in the reskilling of our labor force.

* The consequences of unbridled fiscal spending are rising corporate and individual tax rates – an unfriendly headwind for stocks.

* Price earnings multiples for the S&P are at nearly 23x today.

* Investor sentiment is moving back to an extreme – joining valuations that, based on historical metrics, are ALL above the 95th percentile.

* There is never just one cockroach. (see Archegos!)

* Market structure, and the near universal worshipping at the altar of price momentum by so many traders/investors, has a downside as once there is a momentum inflection point change – systemic selling intensifies, dangerous in a very leveraged market. (Again, see Archegos!)

But for Now, This Is a Magical Market Moment

By the look in your eyes

– Jay and the Americans, This Magic Moment

Stairway to Heaven’s musical perfection reminds me of today’s markets — with a background of monetary and fiscal largesse providing a drumbeat rivaling that of John Bonham’s alarming persistence, speed, power and feel for the groove.

Despite my protestations and interruptions from some possible potential Black Swans (like Archegos), thus far, it’s been a masterpiece of perfection in 2021.

As I mentioned recently, the rolling and rotational March correction was not like the hard and correlated correction some of us expected.

Yes, there were tradeable short opportunities (which we benefited of) as the Nasdaq and Russell Index had -10% fall, but the senior, S&P Index really did not miss a beat and has marched back to all-time highs.

I personally would not be following the extended market leaders like Alphabet/Google (GOOGL) , Facebook (FB) and Microsoft (MSFT) .

Rather, I would be buying laggards. Here are some updated examples of what I would buy on the margin:

* ViacomCBS (VIAC) is my Trade of the Week. The object of the Archegos implosion, the shares were down. It’s hard to know for sure whether the supply has been disposed of, but we seem to be close. At under 9x forward EPS estimates, the shares look like an opportunistic buy. The same holds true for Discovery (DISCA) .

* Amazon (AMZN) is my laggard of choice in the growth space. The shares have successfully conquered two technical levels – at $3100 and $3175 – over the last week.

* Twitter (TWTR) is also a viable growth play. The shares were moving nicely from its lows as investors recognize that recent growth initiatives (e.g., Spaces) could translate into a greater penetration of the online advertising market.

* My yield play, Verizon (VZ) , though advancing about $6/share in the last month, remains an attractive bond equivalent with some growth opportunity.

* Gold and silver have been abandoned by the pure cryptocurrency plays – but the differential in relative performance seems extreme, providing value to longer term investors who remain concerned with erosion in fiat currencies and the inevitable rise in inflation.

“As long as the music is playing, you’ve got to get up and dance. We’re still dancing.”

As to the market as a whole, I would stick with my recent observation that stocks are overvalued by a non trivial amount and that the upside reward is dwarfed by the downside risk.

The docile tones and stirring melodies of Led Zeppelin’s Stairway to Heaven reverberate during the trading hours these days – as there is little question that the extraordinarily strong price momentum remains intact for now.

But, Led Zeppelin wasn’t a “forever” band — they broke up 46 years ago upon John Bonham’s death. And though they reunited in 1988 at the Atlantic Records 40th Anniversary concert, with Bonham’s son Jason on the drums, the result was disjointed. Even Jimmy Page described the performance in that reunion as “one big disappointment” and Robert Plant said “the gig was foul.”

In summary, rock bands and markets are not forever — the music, at times, turns sour.

And one should always be prepared for a poor cover rendition of Stairway to Heaven at any time and be prepared to sell/short the Indices upon the slightest clue of a change in price momentum.

In all likelihood the groovy music being played in the market these days will be interrupted by something that could occur “out of the blue” that no one is properly focused on.

(This commentary originally appeared on Real Money Pro on April 7. Click here to learn about this dynamic market information service for active traders and to receive Doug Kass’s Daily Diary and columns from Paul Price, Bret Jensen and others.)

Get an email alert each time I write an article for Real Money. Click the “+Follow” next to my byline to this article.

Insights on the Wireless Charging Global Market to 2030

Military Laser Rangefinder Market to grow at a CAGR of 6.70% by 2026 |Evolving

Insights on the Veterinary Care Global Market to 2028

US Dollar Holds Steady As Focus Shifts To The Fed Decision

US Dollar Holds Steady As Focus Shifts To The Fed Decision